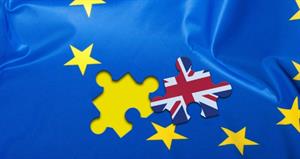 The latest opinion from Hometrack has suggested that should UK vote in favour to leave the EU, housing transactions could fall by as much as 10%.
According to the report, city level house price growth is running at 10.4%, compared to 6.6% twelve months ago ahead of the General Election.
The recent surge in transactions ahead of the stamp duty change resulted in most cities registering a spike in monthly house price growth. Cambridge recorded a 15.8% increase while Aberdeen is the only UK city bucking the upward trend posting a fall of 6.1%.
However Hometrack believes that were the UK to vote for ‘Brexit’, there could be a 5% to 10% reduction in housing transactions that would particularly impact London. A vote to remain would deliver a boost to market confidence and deliver the greatest benefit to large regional cities such as Manchester, Leeds and Birmingham where housing demand is growing and current rates of house price growth are likely to be sustained.
Hometrack added that in the decade up to 2007, sales volumes fell on four occasions in London by as much as 15% highlighting how the city is more prone to the impact of external factors, especially after periods of rapid price appreciation.
Richard Donnell, Insight Director at Hometrack, said: “The economic impacts of a vote to leave will dictate the impact in the housing market. Our analysis of how the market has responded to external factors over the last 20 year suggests that a vote to leave on 23 June could result in a 5% to 10% fall in housing turnover with London bearing the brunt. After a period of strong house price inflation over the last 5 years, the London market faces greater headwinds irrespective of the referendum vote. Turnover fell 7% last year on the back of affordability constraints and weaker overseas demand. Tax changes for investors will reduce demand and we expect price growth to slow in the near future even if sterling were to weaken and improve the relative value of central London property.
A vote to remain will have the greatest upside for house prices and transactions in regional cities where the recovery has been more short-lived and affordability less stretched than in southern cities. The boost to confidence from a vote to remain, coupled with low mortgage rates would most likely benefit cities such as Manchester, Leeds and Birmingham as housing demand and price growth seems set to sustain itself.”