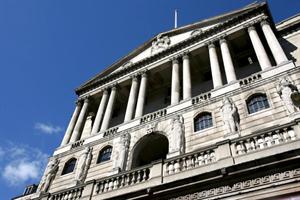 UK interest rates have been kept at the record low of 0.5% again by the Bank of England's Monetary Policy Committee.
Data this week pointed to a slowdown in growth in manufacturing, construction and services, which economists took as a sign that the Bank would not change rates with the recovery still weak.
This is despite the fact that inflation is currently at 4%, double the Bank's target rate.
The MPC did not reveal any new quantitative easing measures either.
Separately, the European Central Bank also held rates for the eurozone, after raising them from 1% to 1.25% last month.
Split committee
The Bank has faced a difficult choice - either keep interest rates low to try to aid the economic recovery, or raise them to try to cool inflation.
Raising rates takes demand out of the economy and slows down inflation.
But it also increases the cost of borrowing, and there are concerns this may tip the UK back into recession.
The economy shrank by 0.5% at the end of last year, but returned to growth in the first three months of 2011, expanding by 0.5%.
Although the Bank was widely expected to leave rates unchanged, some members of the committee have been pushing for an increase.
At the MPC's April meeting, three out of the nine members voted for a rise.