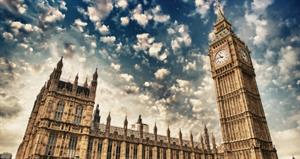 There have been further calls for the government to scrap recent changes to stamp duty today as the latest research suggests that stamp duty must be cut to get the property market moving.
According to the report, house prices at the top of the London property market have been hammered by George Osborne’s stamp duty reforms, with the west London enclaves of Kensington and Notting Hill – the former Chancellor’s home – seeing the biggest price drops.
Analysis of data before and after the reforms were introduced by London estate agent Stirling Ackroyd reveals the top 25% of the capital’s properties have seen their house prices slashed by -5.4% since Q2 2015, when the average was £1,227,000. House prices for the top 25% also fell by -1.5% on the previous quarter in Q2 2016, directly following the introduction of the 3% stamp duty surcharge on second homes in April 2016. The data shows that stamp duty, rather than Brexit, is holding back the top end of the London property market.
George Osborne’s 2015 reforms, which introduced a graduated rate across five price bands and increased stamp duty (SDLT) on properties priced at over £1,125,000, have had a significant effect. A property in the top band priced at £2 million would have cost a buyer £100,000 in stamp duty before the changes were brought in, but would now cost £153,750 in SDLT. If the same £2 million property is being bought as a second home, this would now cost a staggering £213,750 in SDLT – more than twice the bill a second home buyer would have paid in 2014.